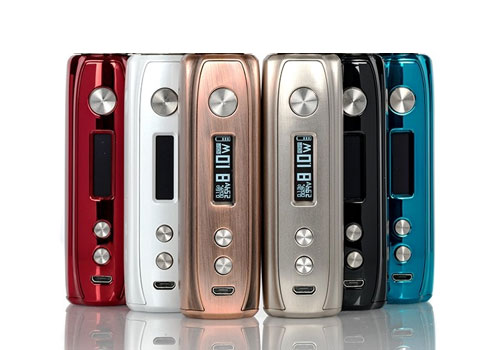 Here are cheap deals for the iJoy Katana Mod .  This device features a 3000mAh capacity internal battery, 81 watts of power, 6 output modes including pod, MTL & temperature, fast firing and compatibility with all atomizers.

At the time of this writing, very little has been released in regards to the Katana by iJoy. What we do know is that iJoy is promoting it as a stick mod that has all the features of a box mod and the experience of a mech mod. The stick design means it has a slim profile. Inside the mod, there’s an integrated 3000mAh battery which is recharged via the micro USB port. The charging system is said to operate with a lightning fast current. Operating modes for the Katana include power, pods, mouth-to-lung, bypass, pmode and temperature. The iJoy Katana is also supposed to feature lightning fast firing with up to 81 watts of power. Thanks to the powerful internal battery, you should be able to get long vaping times. The Katana’s control face is built with a 0.96 inch OLED display that features white letters on a black background for easy reading. Also included in this kit is a tank, but its name and features have not yet been released. We will be adding more information very soon.