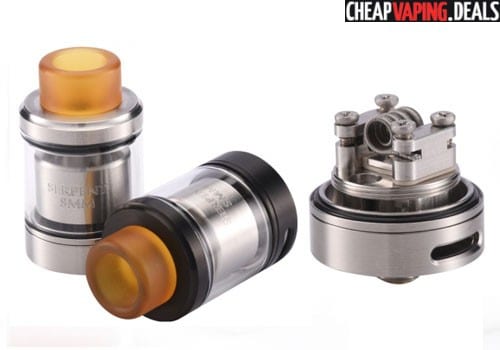 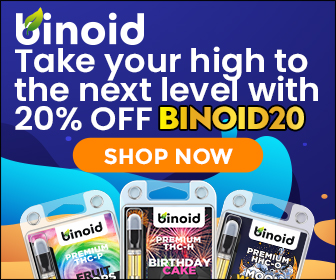 The Serpent SMM is the next generation in the line of RTAs designed by Suck My Mod and Wofoto.  It features a large tank capacity, airflow for flavorful vape and a special single build deck on which you can install coils in either direction.

This RTA is made from stainless steel with Pyrex glass and an Ultem drip tip.  With dimensions of 24mm x30mm, the tank reservoir is capable of storing up to a decent 4ml of e-liquid and is refilled via a convenient top fill setup.  The RTA connects to a mod via a standard threaded 510 connection pin.

A single coil deck can be seen inside the Serpent SMM RTA that is designed in such a way that you can install coils in either direction. Adjsutable airflow to the deck was designed for a flavorful vape.  Two external air slots direct air to holes located directly underneath the coil for tasty puffs.

With purchase of this RTA, you will receive a screw driver, a manual, Japanese cotton, spare screws, extra o-rings and a bag of coils. 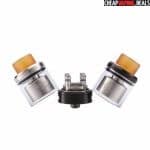 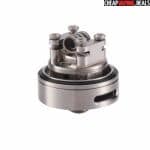 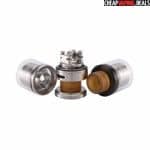 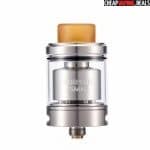 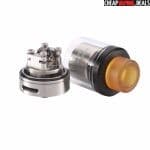 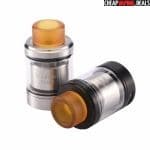 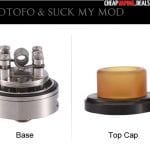 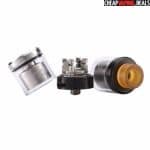 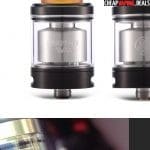 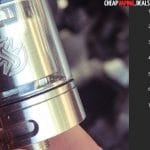 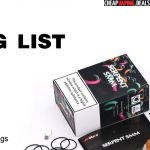