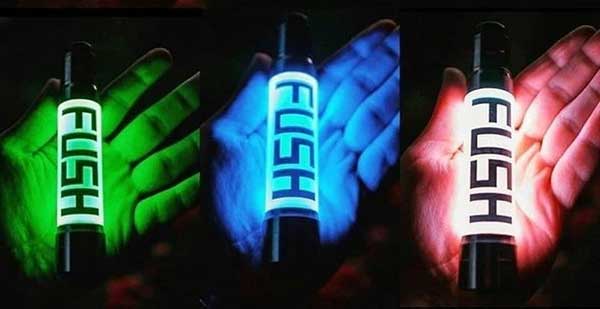 The Acrohm FUSH is the pioneer device becauase it is the first semi-mech mod that has an LED light that shines throughout its body. This is sure to turn heads. 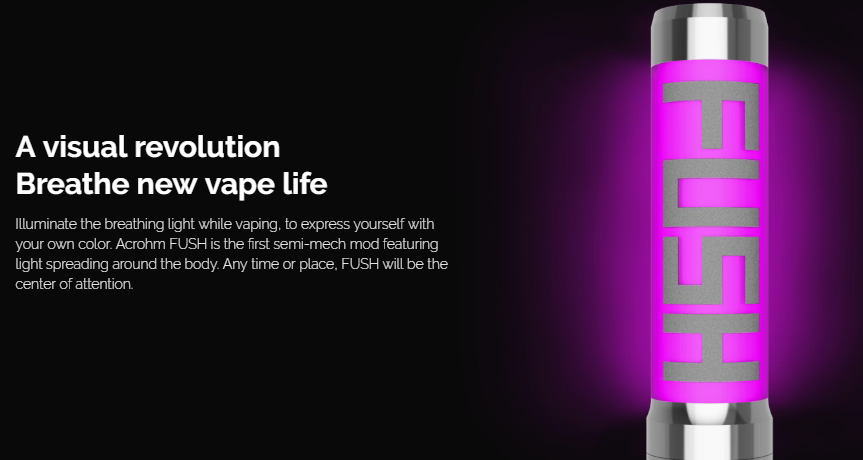 Thanks to the innovative technology, you can change the LED light’s color with just a flick of your finger. The light can be set to red, green, blue, pink or white.

The mod also features an all new design that incorporates durable bulletproof polycarbonate (PC) for the tube which is almost impossible to break. For aesthetics, the FUSH is also made with food grade 304 stainless steel for an amazing appearance.

Copper is also used in the construction to ensure the highest possible electrical conductivity  and stable performance with tremendous power.

The FUSH utilizes a single 18650 battery and is efficient to ensure high performance bypass output. Six venting holes built into the fire mechanism prevent overheating of the cell.

An easy to use mechanical switch allows for easily turning the FUSH on/off, as well as changing the color of the LED light. 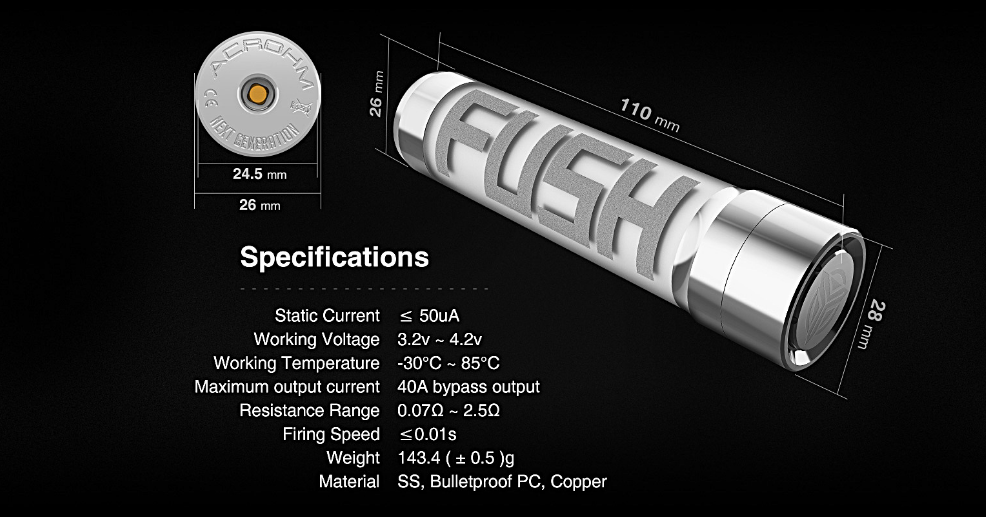