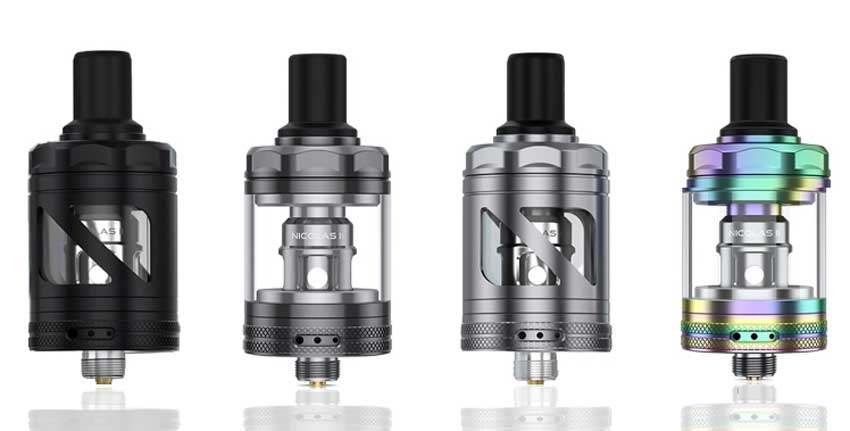 Design-wise, the Nicolas II looks to feature a simplistic design that is for sale either in the S version or G version.  The difference between the two is that the S edition has a reinforced e-juice tube, while the G does not.  Both can be obtained in either gunmetal, silver, rainbow, or black. As was the case with its predecessor, the Vapefly Nicolas 2 is only capable of very restrictive airflow, but that does not mean that the air intake is not adjustable.  In fact, you can set airflow to 5 different positions, all of which should produce a mouth-to-lung vape experience and strong throat hit.  If you love MTL vaping, this atomizer is the one for you.

The reservoir on the Nicolas II is limited to 2ml of vape juice, but a user-friendly top refill system makes adding e-liquid to the reservoir very easy.  To access the juice port, simply rotate the top cap a quarter turn to remove it and inject juice via the large juice port.

The coils used for this tank are Freecore and you’ll receive one N series 0.8ohm mesh coil and a 1.2ohm one.  But, the atomizer is also compatible with the Nicolas I tank coils available in 0.6ohm BVC, 1.8ohm BVC, and 0.5ohm Mesh. All these heads install via a plug/push method, so it’s an effortless process and also mess-free. 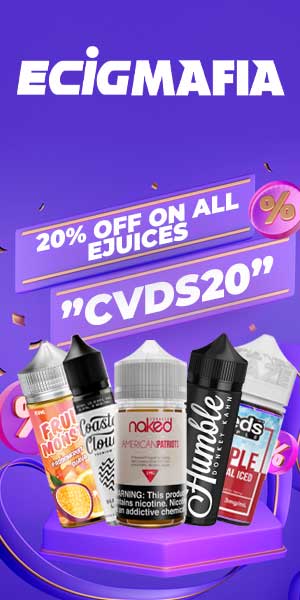