Here are cheap deals to buy the Geekvape Obelisk 65 FC Kit. The FC in the product name stands for fast charging and that is because this setup will fully charge its 1100mAh battery in just 18 minutes. And, this kit also features a full arsenal of modes (power, smart, TC, TCR, VPC, Bypass, OTG), a beautiful design, 65 watts of power, Geelvape B series coils, a top-fill method, and 4.5mL pods.  We’ve also included deals for the Obelisk 65, an identical setup but with a slower charging system.

The Geekvape Obelisk 65 FC is yet another vape kit in the long line of setups with the same name such as the Obelisk 200 and Obelisk 120.  But, this setup is quite small thanks to dimensions of just 42mm x 27mm x 101mm and, as a result, is much less powerful, but more portable.  This setup also has an incredible appearance in part due to the beautiful finishes: scarlet blue, peacock, navy blue, lava, rainbow, sapphire, or ruby. 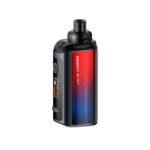 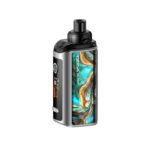 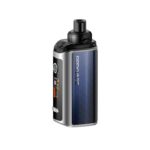 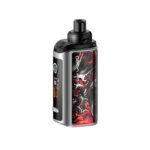 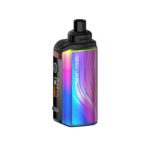 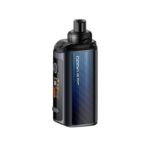 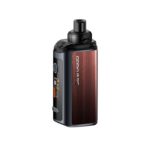 In the technical department, the Obelisk 65 FC certainly does not disappoint.  First, there’s the powerful 1100mAh integrated battery with a 3 amp fast-charging USB-C port that finishes the replenishes the battery in less than 18 minutes.  Moreover, this kit can achieve 65 watts of power, adjustable from just 5 watts, and it can operate in a plethora of modes: smart, power, temperature control, bypass, VPC, TCR, and OTG. A very versatile setup!

The Obelisk 65 FC Kit uses leakproof pods that have a 4.5mL juice capacity and are easily refilled.  The coils inside can be swapped out and you’ll get two with purchase: the Preinstalled 0.2ohm Ni80 coil that works in the range of 50 to 58 watts, as well as a spare KA1 0.4ohm coil that works from 25 to 35 watts. The setup will also work with any B series coils by Geekvape, the same found in the Aegis Boost, Aegis Boost Plus, Aegis Hero, and Z50 Kit. 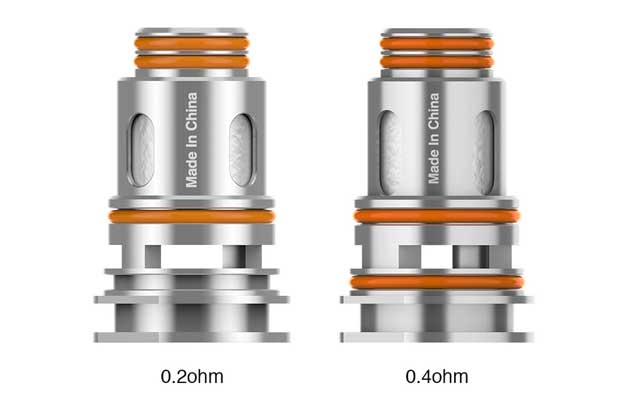 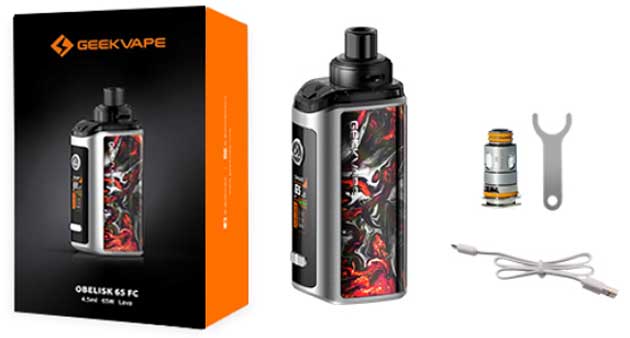 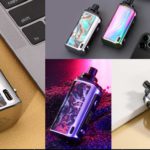 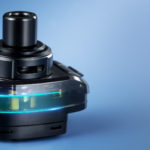 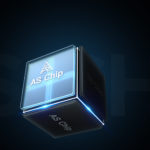 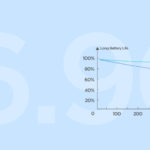 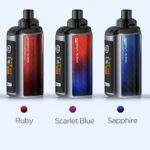 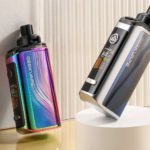 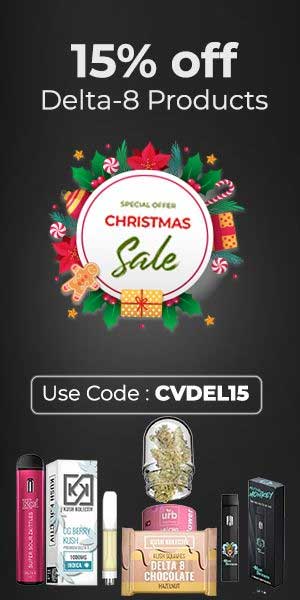