The Kylin Mini V2 RTA is the upgraded version of the Kylin Mini RTA and the smaller edition of the Kylin V2 RTA, both of which are quite popular in the vape marketplace.  What stands out about the latest atomizer is the postless build deck that is surrounded by honeycomb airflow holes to ensure amazing flavor and huge vapor.  And, vapor production is further enhanced because the external airflow on the Vandy Vape Kylin Mini V2  RTA  has been moved to the top, making it leakproof.  Airflow is also much more variable because it features 42 total adjustable honeycomb holes instead of less versatile adjustable air slots.

Another difference between the preceding device and the new Vandy Vape Kylin Mini V2 RTA is the coil installation process. You see, tightening builds is now a much more effortless process because the screws have been moved up and to the side of the build deck for easier access. 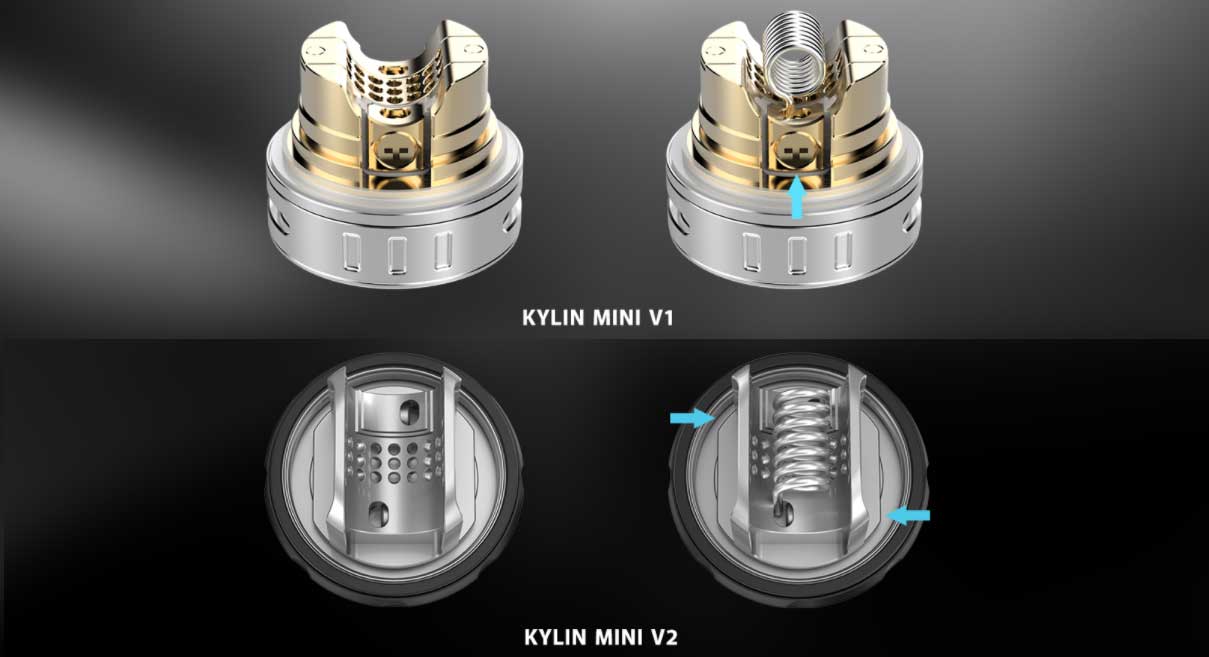 The Kylin Mini V2 RTA weighs 164 grams and measures 24.4mm wide by 37.7mm in height, without the drip tip.  The juice reservoir can store 3 or 5mL of e-liquid, depending on whether you install the straight or bubble tank tube.  And, with the purchase of the Vandy Vape Kylin Mini V2, you will receive the atomizer, a pyrex glass tube, a spare parts bag, a coil lead guide, an instruction manual, and a prebuilt fused Clapton coil with 0.3ohm resistance.